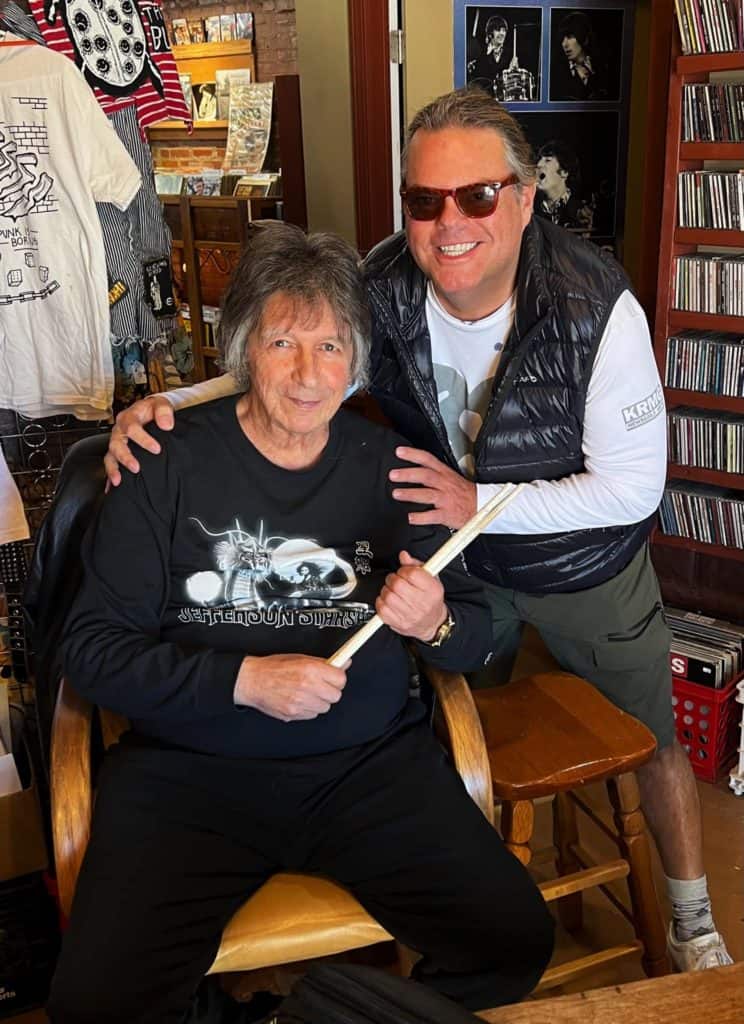 John Barbata (born April 1, 1945) is an American drummer, who was active especially in pop and rock bands in the 1960s and 1970s, both as a band member and as a session drummer. Barbata has served as the drummer for The Turtles, Crosby, Stills, Nash & Young, Jefferson Airplane (for its final album and tour only), and Jefferson Starship (from 1974 to 1978). Barbata claims to have played on over 60 albums in an uncredited capacity.

In spring 1966, The Turtles were looking for a new drummer and Gene Clark of the Byrds recommended Barbata. After an audition with Howard Kaylan, Mark Volman, and Al Nichol, Barbata had the gig. The first song Barbata recorded with the Turtles was “Happy Together” and on March 25, 1967, “Happy Together” went to No. 1 on the charts and stayed there for three weeks. One of his trademarks was to incorporate stick twirling into his performances, a technique also used by Dino Danelli of The Rascals and Carmine Appice of Vanilla Fudge.

In 1970, Barbata was invited to join CSNY after Neil Young fired their previous drummer, Dallas Taylor. They soon after recorded the live album 4 Way Street, which went to #1 on the Billboard 200. Included on the album was the protest song “Ohio”, about the Kent State shootings. Barbata continued to play on eight albums with CSNY and the individual members of the quartet, including Graham Nash’s Songs for Beginners and Wild Tales, Graham Nash and David Crosby’s Graham Nash David Crosby, Stephen Stills’ Stephen Stills album, and filling in for Kenneth Buttrey with The Stray Gators on Neil Young’s live album Time Fades Away.

In 1972 while CSNY were on an extended break, David Crosby introduced Barbata to the band Jefferson Airplane, who were looking for a new drummer after their previous drummer, Joey Covington, quit to do a solo album.Soon after, Barbata joined Jefferson Airplane and went on to record the album Long John Silver (1972) and the live album Thirty Seconds Over Winterland (1973).

When members Jorma Kaukonen (guitarist) and Jack Casady (bassist) left to pursue their band Hot Tuna, the band reformed into Jefferson Starship, adding new members Craig Chaquico and David Freiberg. Their debut album together was Dragon Fly (1974). Barbata later went on to play on Red Octopus (1975), which was the Starship’s best-selling album, containing the hit single “Miracles”. In 1976, they released the album Spitfire and in 1978 they released Earth. Jefferson Starship appeared on the cover of Rolling Stone in 1978. They also performed as the unnamed band in the Star Wars Holiday Special (1978).

In October 1978, Barbata was in a massive car accident in Northern California in which he broke his neck, arm, and jaw into 32 pieces. It took Barbata over a year to heal from the accident, forcing him to resign from Jefferson Starship.

While Barbata was drumming with CSNY, David Geffen tried to persuade him to join The Eagles. Barbata declined as he was already in one of the biggest musical groups at the time.